After the Cadillac Ranch, I finally got into Albuqueque, NM where I met with my couchsurfing hosts Agustín and his girflriend Kianah.  I could tell very quickly that I was going to like these two!  Young, hip (but not hipsters) and full of charisma, they welcomed me into their home with open arms.

They had some friends coming over, so Agustín, Mesa and I went for a walk to pick up some growlers.  Agustín had planned on making pizza for dinner, and welcomed me to join.  I was pretty excited to get a chance to help out since I love making pizza and never expected to stumble on the opportunity this far from home. 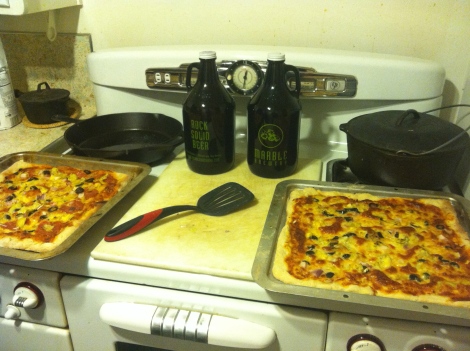 We drank beer, played card games, ate and talked until late that night.  When the witching hour came (what does that even mean?) I retired to the futon. 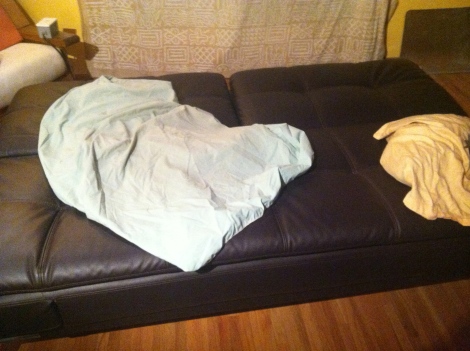 The next day, Agustín offered to show me an underground graffiti spot in Albuquerque, and I jumped on the chance to do something non-touristy.  Agustín is a graffiti artist himself, so I got to watch him work.

I even met two other graffiti artists while there, one of which is known as “Sofa”, and according to Agustin, is one of the most well know taggers in ABQ.

Look closely, you can read it written below. 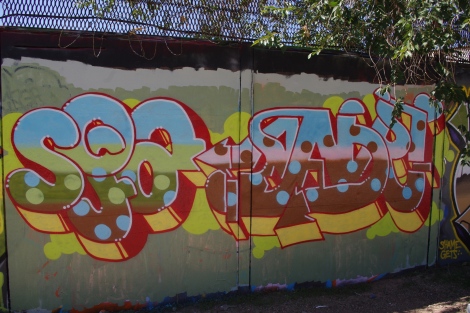 Afterwards, Agustin gave me a driving tour of the city, and my impressions were very favorable!  I only wish I could have stayed longer.

Click the picture below for the high def album of ABQ graffiti!

Click the link for the high resolution photo album!